August 16, 1943 – July 7, 2022
In loving memory ~
On Thursday July 7 we lost one of own. Brenda Mallory was a very special lady. She loved people, animals and all things. Brenda and her late husband Al came to the Bulkley Valley way back in the 1980’s. Within days or weeks people were becoming friends, and neighbours were coming by to meet this interesting lady. The couple had moved down from the Atlin Cassiar area where Al had searched for gold and Brenda had taught elementary school. After her teaching days ended Brenda had already moved into writing and painting. She had columns on the go for the Whitehorse Star and the Atlin Claim to help supplement the family income. Her wildlife paintings were becoming known and in demand.
Brenda was born on August 16th in 1943 in the town of Port Alberni on Vancouver Island. Her father Doug, worked as a barber and was a writer and philosopher on the side. Her mother Doreen was a socialite and philanthropist in this Island community. These traits bode Brenda well on her adventures through life.
Telkwa became the center of Brenda’s universe as she embraced the Bulkley Valley. Al built their modest cabin on E street just off Water Tower Road and so began the next chapter. Brenda loved animals and many a dog and cat enjoyed her care. Pheasants, rabbits, and even an injured crow bunked in their homestead. Al set up the many walking trails and friends would gather to stroll with Brenda as they discussed the world affairs.
Brenda had no intention of giving up her column-writing life and quickly found a home with the Interior News that would last for 30 years. Brenda’s sharp wit and colourful humour opened many doors and even provided a stint as stand-up comedian. She was also becoming famous in her own right and made it onto C.B.C. for several readings and documentaries. We even had the show “On the Road Again” featuring Wayne Rostad, who built an episode around Brenda.
Brenda and Al did not have any children of their own, their friends were their family. They would gather weekly at any one of the local establishments in Telkwa to laugh and kibitz over all the activities in town, the valley, and the world. When Al passed 12 years ago there was a big hole in Brenda’s world. Her friends stepped up. Al had asked his buddies to look after Brenda and they did. They would come by daily to plow the driveway, help with the firewood, and continue their family relationship. This camaraderie helped Brenda to stay in her little homestead until the last week of her life. Her friends kept vigil, staying every night in the hospital until she passed. Not many of us can attest to friends like that. We were not ready for her to leave this planet. She was a very special lady.
In lieu of flowers, donations for Brenda could be sent to her favourite charity, the Northwest Animal Shelter, nwas.ca.
Condolences may be offered a www.schraderfuneralhome.ca.
There will be a celebration of life for Brenda on Saturday, September 03rd from 1pm to 4pm at 5726 Hubert Street, Telkwa.
It will be a casual outdoor event in Brenda’s back yard. Bring a lawn chair and stay for a while, just as she would have liked it. Refreshments will be served. 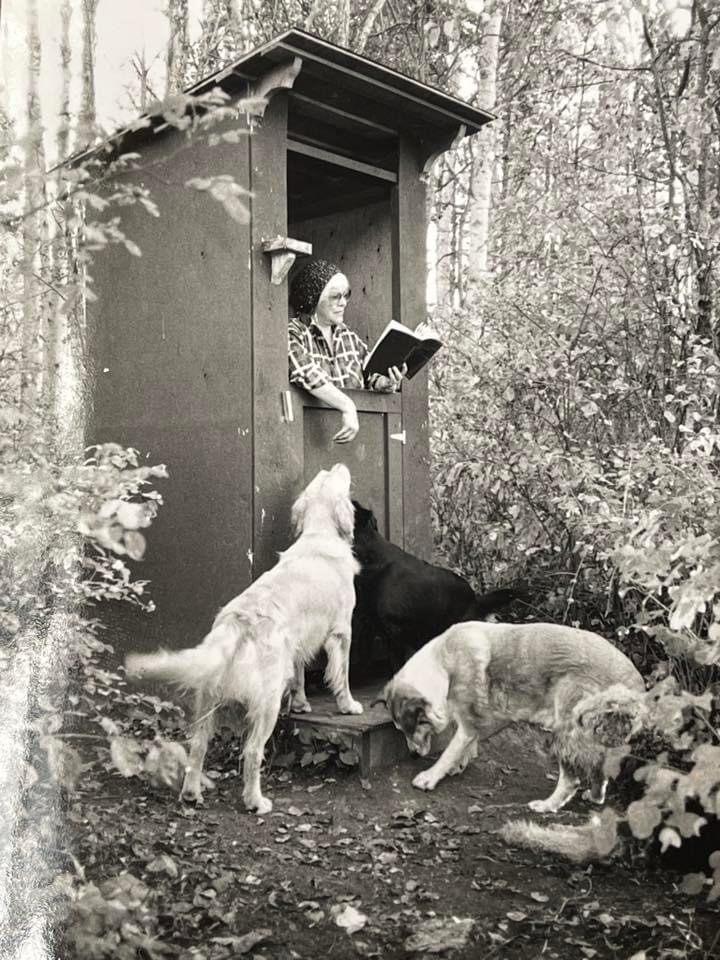